Learn how to build, test, and deploy a Django app with Docker, pytest, and Django REST Framework!


In this course, you'll learn how to set up a development environment with Docker in order to build and deploy a microservice powered by Python, Django, and Django REST Framework. You'll also apply the practices of Test-Driven Development with pytest as you develop a RESTful API.

"Code without tests is broken by design." - Jacob Kaplan-Moss 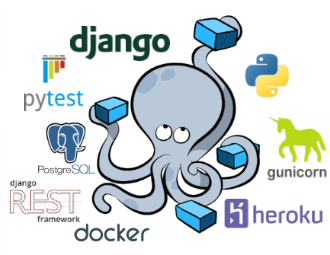 In this first part, you'll learn how to develop a RESTful API with Python, Django, Django REST Framework, and Postgres. You'll containerize Django and Postgres to run inside Docker containers and configure pytest in order to practice Test-Driven Development (TDD).

In the second part, you'll start by deploying Django, Gunicorn, and Postgres to Heroku with Docker. You'll then continue to build out the RESTful API as you write unit and integration tests. Finally, we'll look at how to document the API with Swagger. 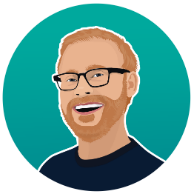 Michael is a software engineer and educator who lives and works in the Denver/Boulder area. He is the co-founder/author of Real Python. Besides development, he enjoys building financial models, tech writing, content marketing, and teaching.

I struggled for a long time figuring out the best way to use Docker in development. The Docker workflow presented in the Test-Driven Development with Django, Django REST Framework, and Docker course is by far the best I've come across.

The Test-Driven Development with Django, Django REST Framework, and Docker course gave me the clear explanations and focus I needed! As a junior developer I often get stuck, overwhelmed, and lost in so many details. Completing this course gave me the overview and knowledge needed to start my own projects with confidence. The code examples are a good foundation for future projects. This is quality content!

After taking the Test-Driven Development with Django, Django REST Framework, and Docker course, I feel much more confident in developing production-ready code. There are a lot of helpful details covered, like setting up dev and prod environment configurations, CI/CD deployment processes, testing and documentation, and so on, that I haven't seen in other courses. You can scour the internet looking on Youtube or other learning platforms but I have yet to come across material that covers end-to-end development for the Python web stack with such clarity and quality of information!

The TestDriven.io courses are second to none. I've taken the Test-Driven Development with Django, Django REST Framework, and Docker course and have found it to be the perfect concentrate. The author, Michael Herman, manages to cover a really broad range of technologies and conveys the information in such way that each snippet gives me something new to learn while keeping momentum. I'm now confident in my deployment strategy and am looking forward to doing the next course. Keep up the good work!