Learn how to develop and test a real-time ride-sharing app with Django Channels, React, and Cypress!


In this course, you'll learn how to create a ride-sharing application that incorporates a React frontend with a Django backend in a Docker container. The focus of this course is the real-time communication between client and server. We'll be using Django Channels and Redis to send and receive JSON messages over an open WebSockets connection.

Another important aspect of these chapters is Test-Driven Development (TDD). Each step of the way, we'll demonstrate how to test both the UI and the APIs.

In Part 1, you'll learn how to program the server code of the ride-sharing application. We'll start by developing a custom user authentication model and data profile. Then we'll create a data model to track the trips that the riders and drivers participate in along with the APIs that provide access to that data. Lastly, we'll leverage the asynchronous nature of Django Channels to send and receive messages via WebSockets. Throughout this part, we'll be testing every function to make sure that the code we write operates the way we expect it to.

In Part 2, you'll take the first steps in setting up the user interface for the app. We'll start by creating a React frontend application. Using JSX, we'll write components and services to complement the authentication APIs that allow users to sign up, log in, and log out. Again, we'll make sure to test our application along the way, this time using the Cypress end-to-end testing framework. Before we end this part, you'll learn how to run both the frontend and backend in a single Docker container.

In Part 3, you'll finish coding the frontend and stitch the UI together with the server APIs. Continuing where we left off in Part 2, we'll expand our UI to build two dashboards -- one for the rider and one for the driver. Here, we'll also create the JSX code necessary for establishing a WebSockets connection with the server and subscribing to it. Along with manual testing, we'll test the real-time nature of the app through automated tests. We'll also incorporate Google Maps so that users can visualize their current locations and the addresses they input. 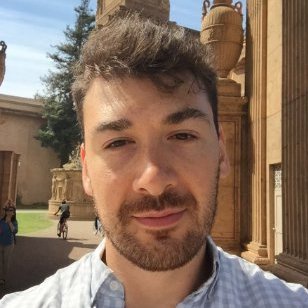 Jason is a full-stack web developer from Washington D.C with experience in Django and Angular. He’s always seeking challenges and learning opportunities.

What I really enjoyed about the Developing a Real-Time Taxi App with Django Channels and React course was learning how to develop a cohesive, multi-tier application. I've spent time learning React and Django here and there, but this course put everything together -- not only with a finished app but it also helped me apply test-first design with Cypress. I also learned how powerful Docker is, and how easy it is to get multi-tier architecture up and running on a single machine and make code changes that sync with the code in the container that can be tested in real-time. All this while learning how to build an API with Django REST Framework and add streaming capabilities with Django Channels. And then getting React up and running and organized in a structured format and having to overcome some harder problems like authentication, authorization, and CORS. An amazing course. I highly recommend it!