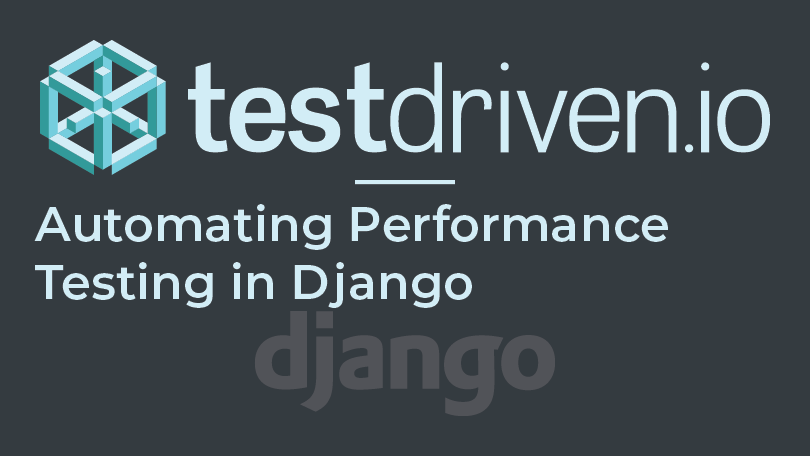 
Inefficient database querying is one of the most common performance pitfalls with Django. N+1 queries in particular can have a negative impact on your application's performance early on. They occur when you select records from an associated table using an individual query for each record rather than grabbing all records in a single query. Such inefficiencies are unfortunately quite easy to introduce with the Django ORM. That being said, they are something you can quickly uncover and prevent via automated testing.

The sample app that we'll be working with throughout this post can be found on GitHub.

Say, for example, you're working with a Django application that has the following models:

Now, if you're tasked with creating a new view for returning a JSON response of all courses with the title and author name, you could write the following code:

This code will work, but it's very inefficient since it will make far too many database queries:

Before addressing this, let's look at just how many queries are made and measure the execution time.

You'll notice that the project includes custom middleware that calculates and logs the execution time of each request:

With the Django development server up and running, navigate to http://localhost:8000/courses/ in your browser. You should see the JSON response. Back in your terminal, take note of the metrics:

That's a lot of queries! This is very inefficient. Each additional author and course added will require an additional database query, so performance will continue to degrade as the database grows. Fortunately, the fix for this is quite simple: You can add a select_related method to create a SQL join which will include the authors in the initial database query.

Before making any code changes, let's first start with some tests.

Start with the following test, which uses the django_assert_num_queries Pytest fixture to ensure that the database is hit only once when there is one or more author and course records present in the database:

Not using Pytest? Use the assertNumQueries test method in place of django_assert_num_queries.

What's more, we can also use nplusone to prevent the introduction of future N+1 queries. After installing the package and adding it to the settings file, you can add it to your tests with the @override_settings decorator:

Or if you'd like to automatically enable nplusone across the entire test suite, add the following to your test root conftest.py file:

This post looked at how to prevent N+1 queries automatically in your codebase using the nplusone package and test the number of queries executed using the django_assert_num_queries Pytest fixture.

This should help prevent performance bottlenecks as your applications grows and takes on more users. If you're adding this to an existing codebase, you'll probably need to spend some time fixing broken queries so that they have a constant number of database hits. If you're still running into performance issues after the fixes and optimizations, you may need to add additional caching layers, denormalize parts of the database, or configure database indexes.

Authentication with Flask, React, and Docker

Get the full course. Learn how to add authentication to a Flask and React microservice.

Authentication with Flask, React, and Docker

Get the full course. Learn how to add authentication to a Flask and React microservice.